L’ancêtre Cheese Factory takes home over 20 awards for its organic butters and cheeses in less than two months in three national and international competitions.

Bécancour, Wednesday, November 9, 2016 – L’Ancêtre Cheese Factory is proud to announce that, in the last few weeks, it has won over 20 prestigious awards for its high-quality organic dairy products made exclusively with homegrown organic milk! In all,

L’Ancêtre has been honored with 23 awards for 10 products in under two months at three major Canadian and international competitions. Among the L’Ancêtre products recognized for their unique flavors were several cheddars, butters, a parmesan, and an Emmental. L’Ancêtre’s old organic cheddar cheese was a big winner, racking up two gold medals at the Global Cheese Awards in England and taking first place in the Mature Cheddar category at the British Empire Cheese Show in Ontario last week. The cheese factory’s salted butter also rose to stardom, taking home first place in its category at both the Royal Agricultural Winter Fair in Toronto and the British Empire Cheese show, along with a gold medal at the Global Cheese Awards. To top it all off, L’Ancêtre was also named a Grand Champion in the Cheddar, Small Plant and Cheddar, All Entrants categories at the British Empire Cheese Show. L’Ancêtre is also very proud to have won second place in two different competitions for its Swiss Emmental and parmesan cheeses, coming in just behind some very well-established cheese brands.

These major awards, as well as many others garnered in recent weeks, are the result of L’Ancêtre’s careful craftsmanship in producing fresh, wholesome, tasty products in harmony with nature.

“We’ve never compromised on the quality of what we offer consumers. Our ingredients are sourced and selected and our production methods designed to reduce our environmental footprint, ensure the animal’s wellbeing, and offer our customers wholesome products, with no substitute ingredients.” – Rock Bisson, L’Ancêtre General Manager international competitions 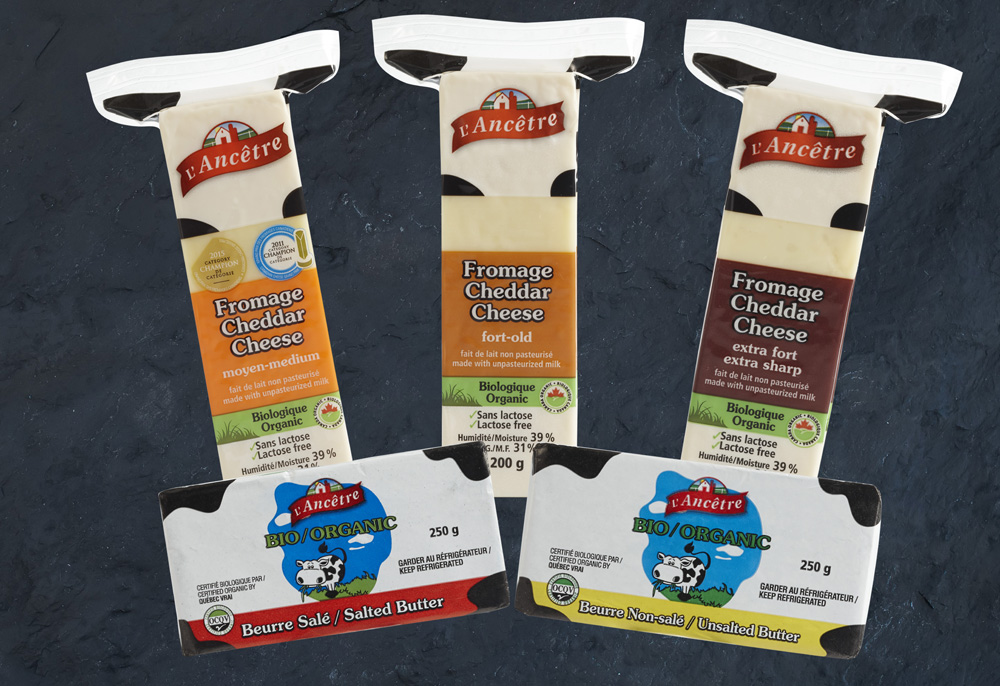 Every biteis a better world